Today’s feature is the talented illustrator Roby Amor who I commissioned to do a portrait of my children as the king and queens of Narnia. Roby’s art is distinctive and masterful, capturing the essence of the character’s personality, done in his signature minimalist style. Roby exhibits his artwork internationally and accepts collective as well as private commissions. Here is the portrait of my children as Susan the Gentle, Lucy the Valiant and Peter the Magnificent followed below by my interview the Roby and examples of his best work. 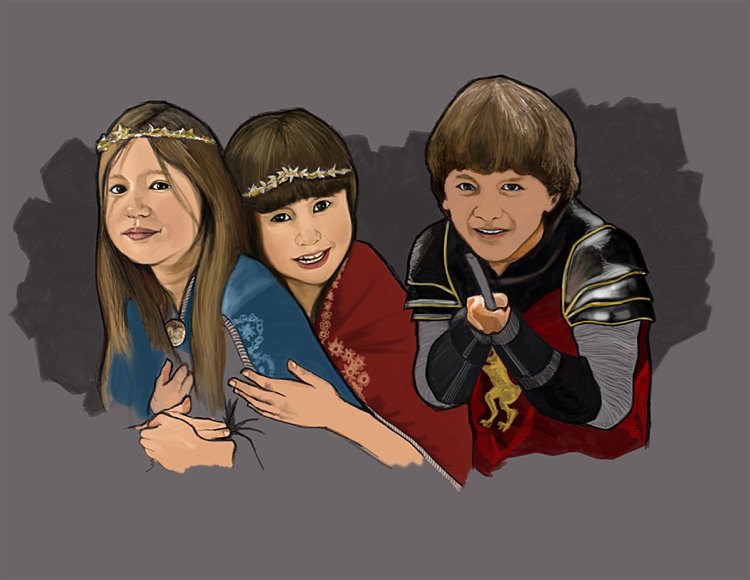 How did you become an illustrator?

Some of my most vivid childhood memories include smelling linseed oil for the first time, watching my Dad’s friend draw Batman & Robin on tissue paper, chewing on putty eraser thinking it was gum, and gagging. So, you could say that it is my one, enduring passion. One that got derailed somewhat when, in my teens, I convinced myself that I wanted to become a doctor. A serious derailment, as it took me all the way to med school and two months shy of actually graduating. But that’s a popcorn story for another time. I was cleaning out my closet some years ago when, in a box filled with school memorabilia and old love letters, I came across some of my early drawings and a worn charcoal pencil with my initials on it. Something clicked after that and the rest is history. 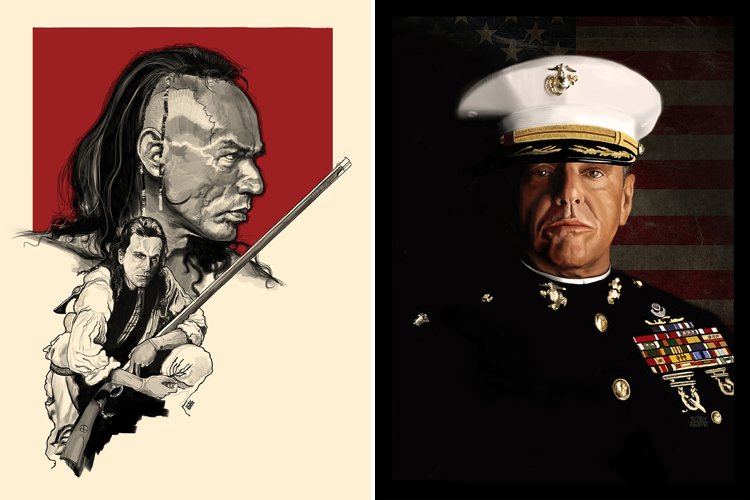 What and who would you say your main influences and inspiration are when it comes to style?

Since I didn’t actually take up Fine Arts in College, I make it a point to read art books and study the Masters whenever I can, but there are four guys whose styles, over the years, greatly influenced my own.

Norman Rockwell – for his idealized depictions of everyday life that compelled ordinary Americans to buy the Saturday Evening Post for his covers, even when the magazine articles weren’t as good.

Drew Struzan – think of an iconic hand-painted movie poster done in the last 40 years, and odds are he did it: from Star Wars to Indiana Jones to Back to the Future to Harry Potter. As singular as his work is, he has stayed humble and gracious all these years, and is very generous with his time.

George Perez – I’ve been a fan of his comic art since the early 80’s when I started collecting comic books. He has a clean, fluid style that just looks great on the page. And no one does action-packed, group superhero pieces better.

Alex Ross – They call him the ‘wunderkid’, and at 45 is the youngest in the group. I’m a fan because his style is a combination of the three guys I just mentioned. You just can’t beat his realistic, human depictions of classic comic book characters. His artwork comes to life. Heroes and villains straight out of our collective subconscious and we see them, feel them, even hear them. Gets me every time. 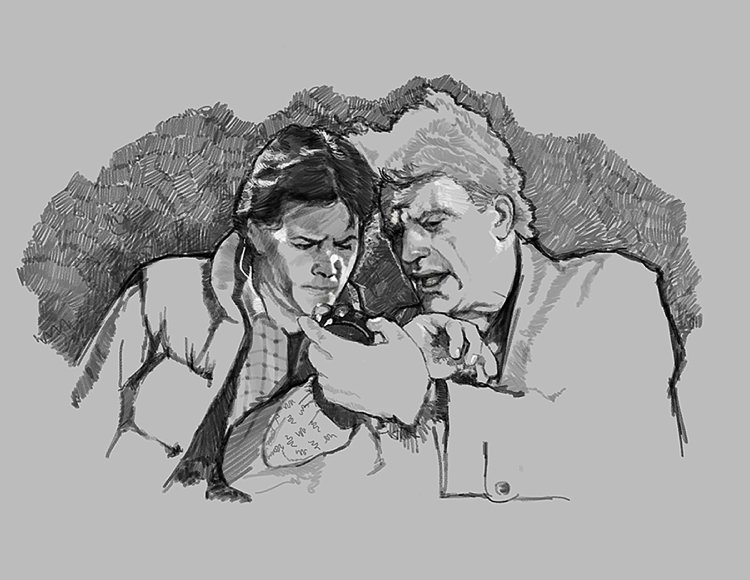 What advice would you give to those wanting to do the same type of art illustration?

Take the time to build a portfolio and be patient. But never stop drawing and putting your art out there. The advantage we have over artists/illustrators from, say, 30 years back is the Internet. Social media is the single, smartest way to get noticed for free. But these things don’t happen overnight and it took me years to just get my foot in the door. Work hard to hone your craft –and never stop learning new ways to improve it. And then there’s luck –which I think always plays a part in anyone’s story.

Do you love what you do and why?

Yes, I love it. Everything in the world that inspires me, from books to movies to art to life, inevitably finds its way into what I draw. I don’t call it work because it’s something I enjoy and look forward to doing. But apart from that, the fact that I count some of todays most talented and generous illustrators as my colleagues and friends, makes it all worthwhile.

I’d like it to be paintings of my family, people I love. For me that would be the real gift, getting to share my passion with those who mean the most to me.

What is your dream regarding your business?

Like any artist I guess, I’d love to widen my reach, hold shows and meet new people. It’d be great if my art actually improved someone’s day, changed their mood (for the better!) or just made them feel good about something. That, to me, would be the best compliment. Not necessarily said out loud, but felt.

What is your dream regarding your personal life?

Funny you should ask that. On my 20th birthday (some 20+ years ago), I actually wrote a letter to myself and in it detailed what I wanted my life to look like when I was forty. I just read it again now and apart from some obvious career deviations, and the pain of loss over the years, everything else still seems to be on track. I’d like to see my kids grow up, marry, have kids themselves. I’d like to travel the world with my wife, like I promised her in a collage I drew on the anniversary of our second year dating. I’d like to grow old knowing I contributed something of value to people. 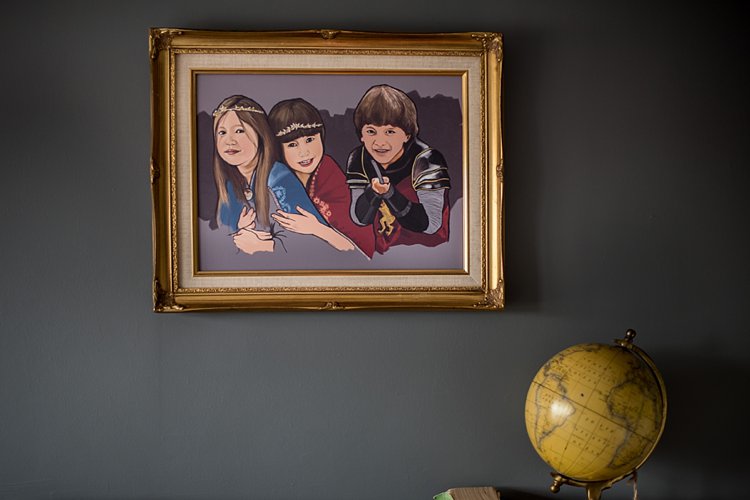 Above is the portrait in situ, printed on canvas and framed. If you are a fan of epic films and want a portrait in these styles for your wedding or any special occasion or you want a good piece of art in your home, contact Roby via his Facebook Fan Page, where the short bio below was taken from: 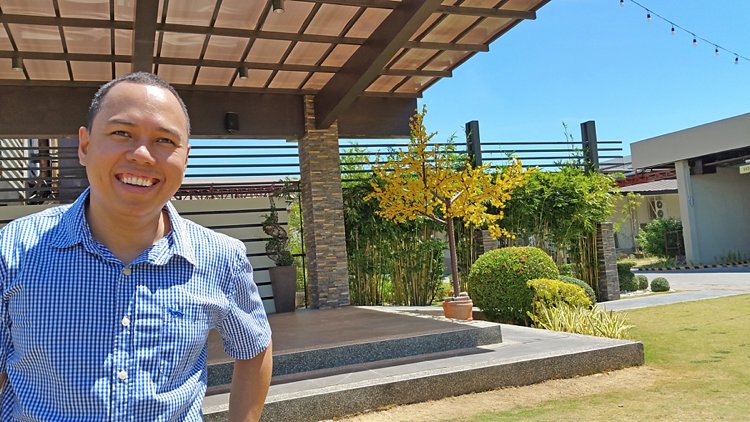 Although relatively new to the art scene, he’s caught up nicely and has done some fine work in the last two years or so. Believe it or not, he actually set out to become a doctor before realizing that his true passion was filling out a blank canvas. He draws traditionally and digitally, with particular emphasis on spot-on likenesses. He counts Norman Rockwell, George Perez, Alex Ross and Drew Struzan as his major influences. His art has been exhibited in shows at the Hero Complex Gallery (in California) and in 2015 began taking screenprint movie poster projects for various groups. You can find him on Facebook, Instagram, Tumblr, Behance, Art Station and Deviantart. His website will launch in the 2nd quarter of 2016. He’s an avowed moviephile who lives in the island of Cebu, in the Philippines with his wife and three boys.