Eight years ago. That was the last time I shot film. So picking it up again now, shooting in full manual including lens focusing was daunting to say the least. In fact, manually focusing the lens while shooting wriggly children was pretty stressful, not to mention my own children! 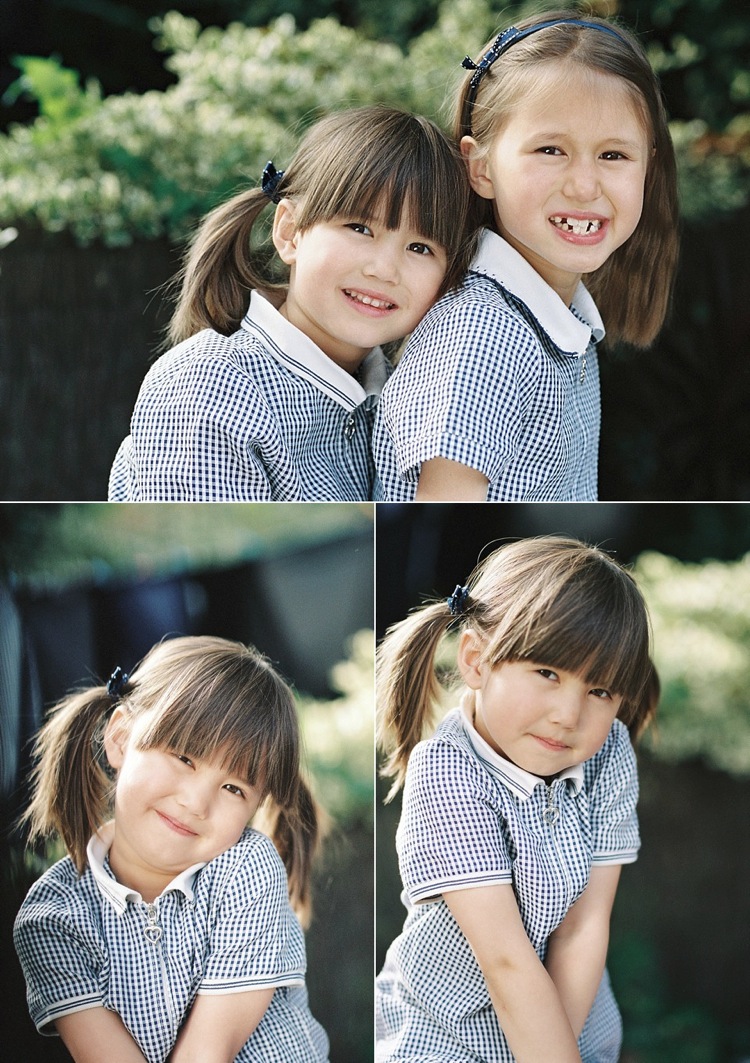 But I must admit it was a great feeling. The challenge. The unseen image. The wait. I took nearly 3 hours to finish a roll of 36. Each click of the shutter was given many a thought. It took me a good while to reach each decisive moment {the moment you click the shutter} and my constant pleading with my kids to stay still for longer than they are used to pretty much resounded in our little patio over those 3 hours. 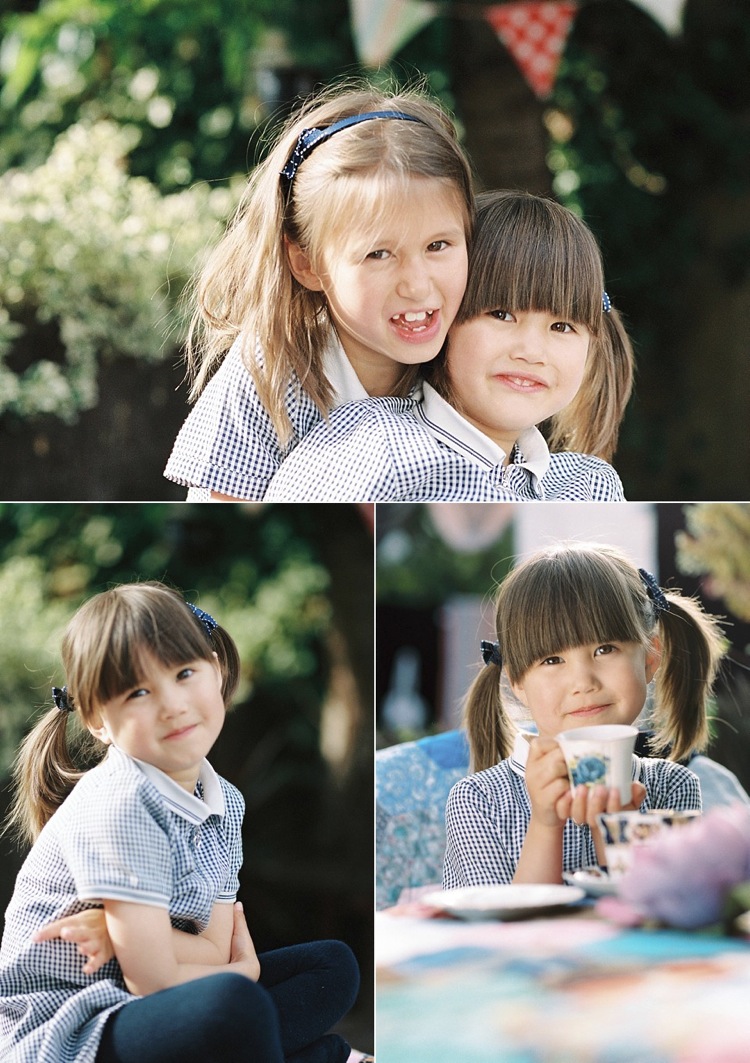 The Nikon f100 could do with a better focusing screen, preferable with a split prism for manually focusing lenses for sure. I knew exactly when I had missed focus or when the focus was a bit iffy, which felt like pretty much the entire time. But I was pleasantly surprised there were more in-focus shots than I had expected. 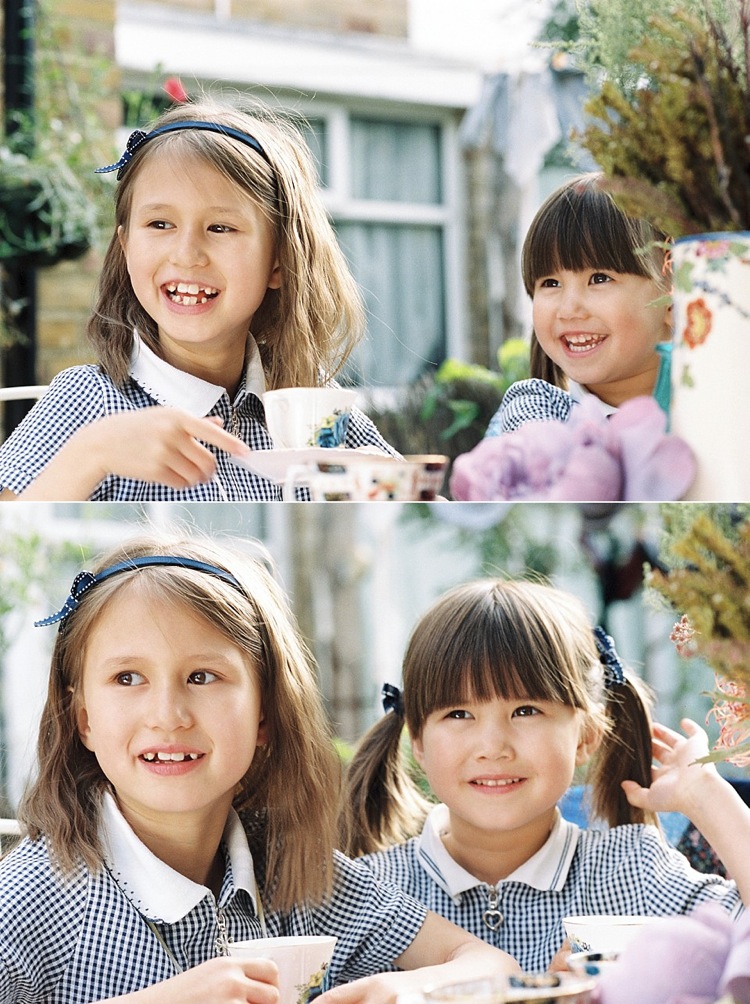 There were a couple of “blinkies” which is almost impossible to prevent especially when shooting a group – like in this photo below. But I wanted to stay as true to the film captures as possible so I opted not to do any head-swapping.

After all, with film, editing is expected to be minimal. There also isn’t white balance to set or tweak. Ahh, the dreaded white balance, what I always think as my nemesis. So this is good. Film is good! With a digital camera, I could not get the richness of the film look without editing – this is normal because I shoot in RAW. Shooting in JPEG with a digital camera can produce rich images but with a caveat – there is bound to be plenty of clipping and oversaturation too. 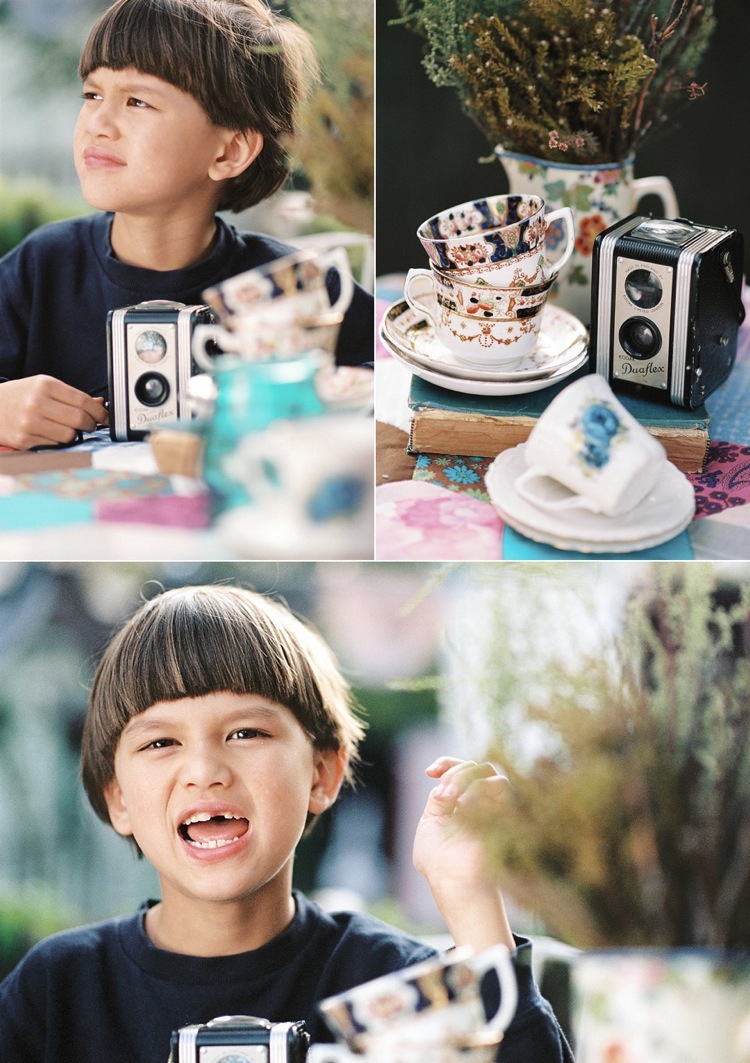 But not so with film. I have read it is pretty normal for professional photographers who shoot film to tweak exposure slightly with their film scans and so I did the same on these. When I shot the frames, I erred on the side of overexposing. I was always intentionally overexposing by 1/3 to 1 stop. 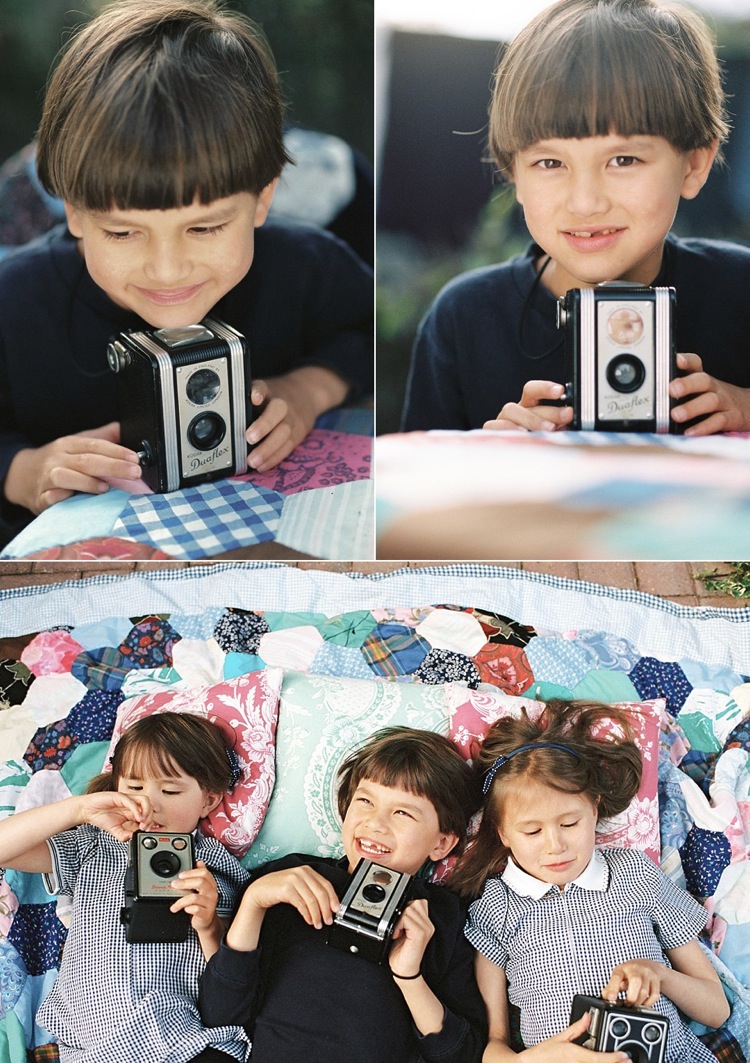 Much to my surprise, the overexposures were very minimal. They could pass, but I wanted to pull them back down ever so slightly. And that’s the extent of my editing. Nothing else.

Another great thing about film is that there are hardly any blown out areas. Film is great at keeping details both in bright and dark areas. If editing is necessary to bring back blown-out details, the process is are lightning-fast. Takes a second. If that. 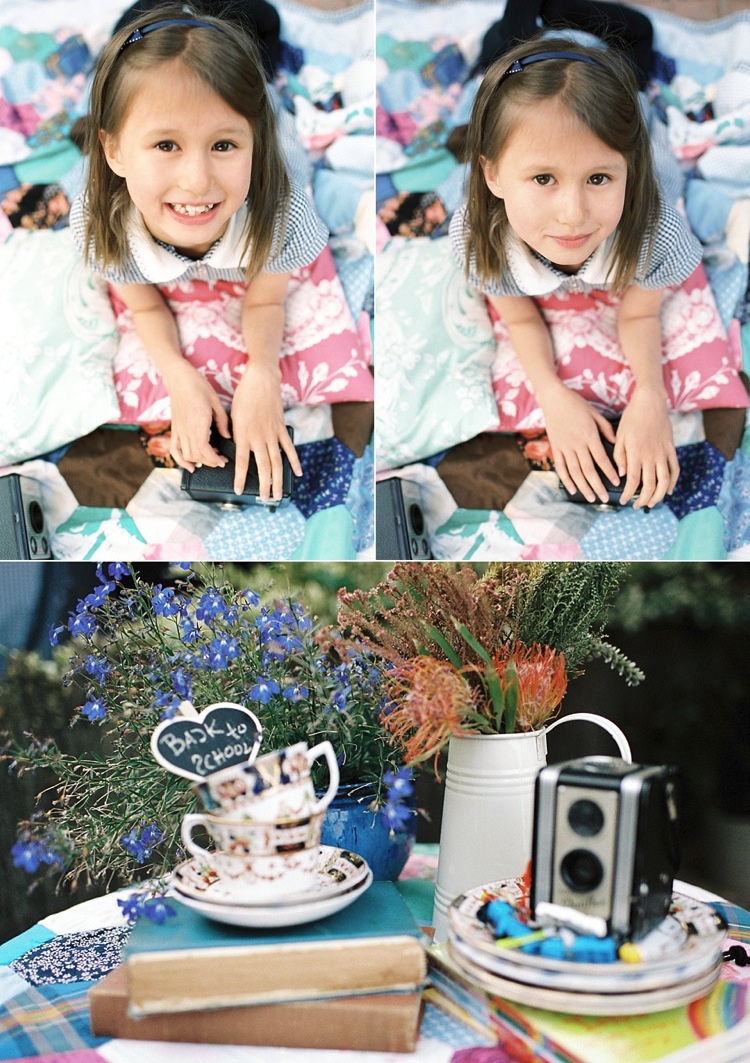 I was surprised at the grain however. A lot more noticeable than I had expected with the Portra 400. Perhaps this is normal? I have yet to ask UK Film Lab who scanned my film. 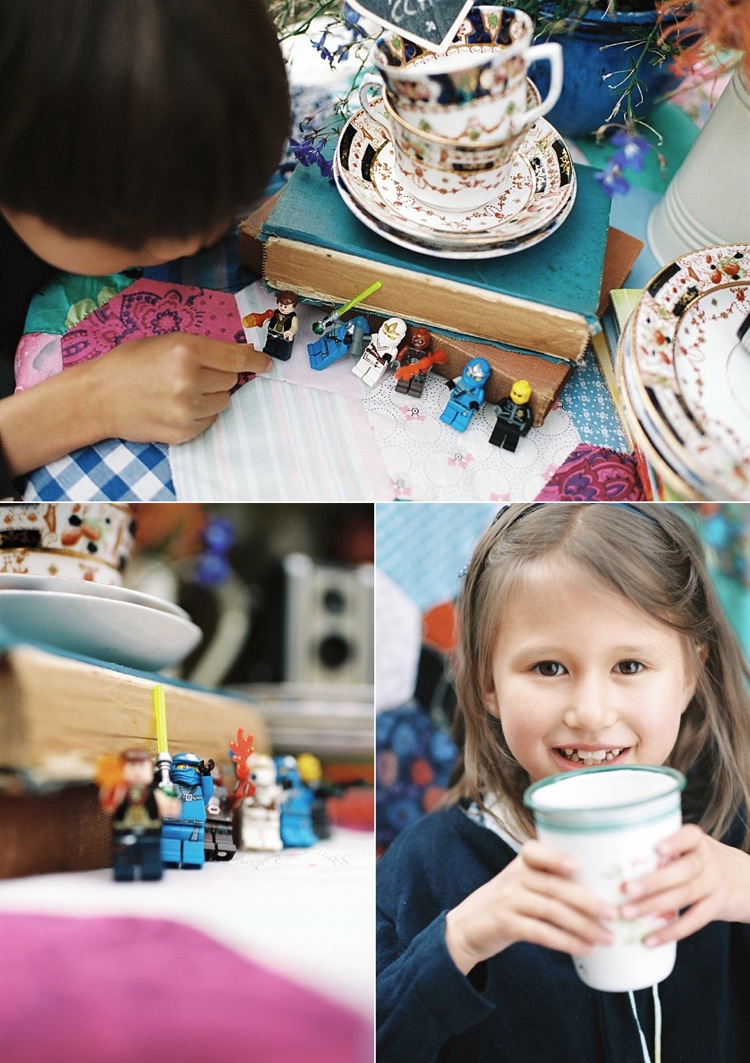 I don’t know how to judge how I did with my first roll. Other than I was pleased not all my photos were out of focus, I wasn’t entirely sure what I was expecting. Perhaps I need to find a better location. But I do love the captures of my kids and have a few favourite portraits of them from this set. I don’t feel I have the “pro” eye for film and very much a newbie. But I’m in no hurry to be using it professionally any time soon. For now, it is a hobby I would like to enjoy more. Below is my favourite shot of my youngest and I’m so chuffed I captured it on film. 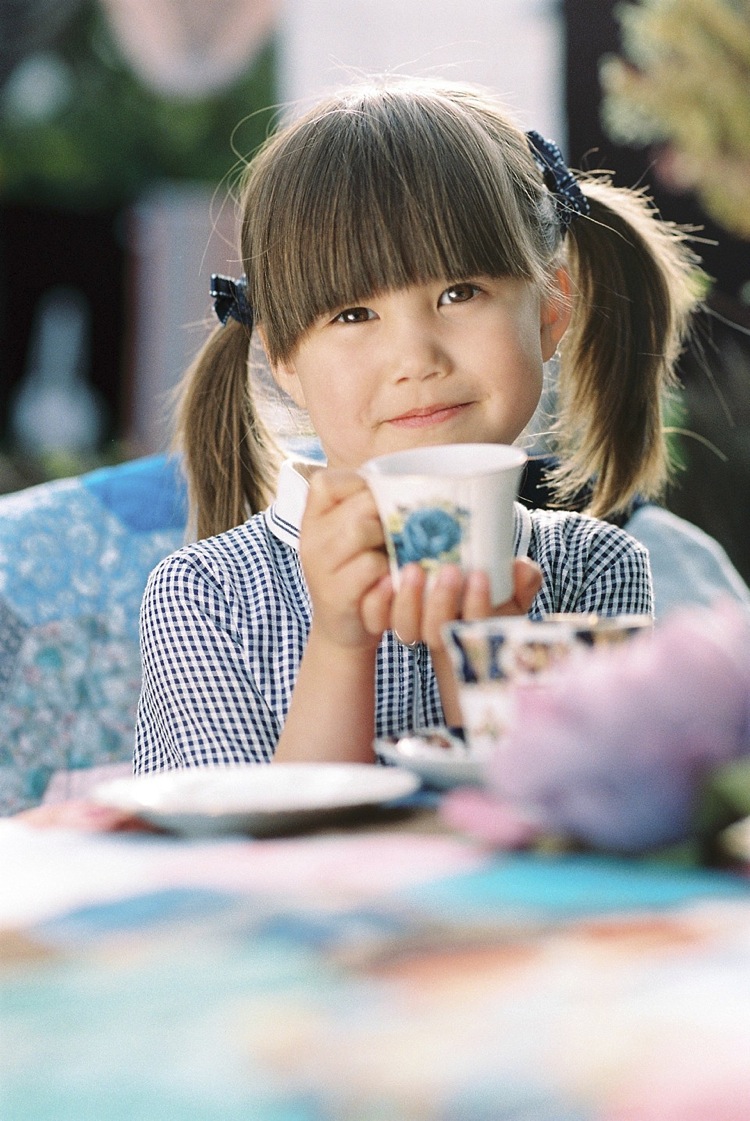