The sequel to my travel photos of Bruges night and day in colour is now here…this time in black and white. And it’s Kodak Tri-x 400 film. I’m no travel / landscape photographer, but it never hurts to try. Even when I only remembered at frame 22 that I was shooting a 400 film and had kept my ISO setting at 100. Doh! But that’s the beauty of film – so flexible – and of course, once again with the expert developing and scanning of Christian and Erica Ward at UK Film Lab, my pictures didn’t turn out all black….okay, except for one. Or two. 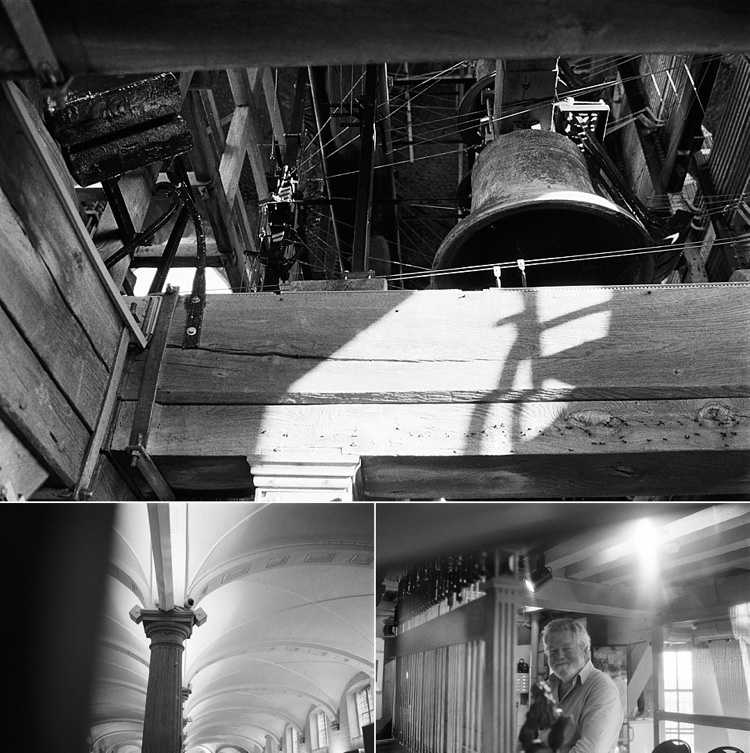 One morning we heard nursery rhymes being played from somewhere and it was audible all over the city. On the last day of our trip we went up the belfry and realised the music came from right up there. A piano was attached to giant mechanisms much like in a musical jewellery box and these were attached to the bells. The photo above shows the pianist who was on duty that day playing music that soothed the entire city. 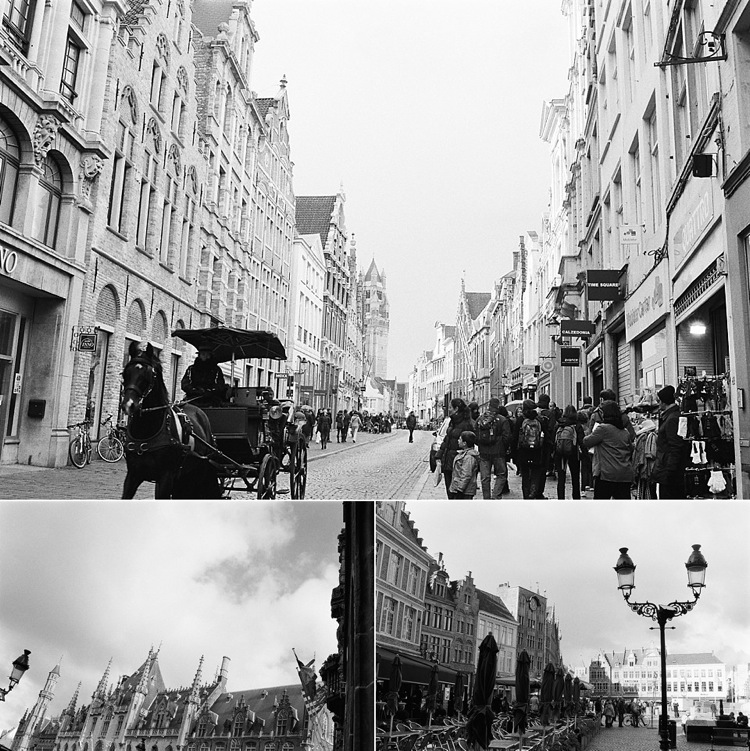 I found it trickier to shoot black and white frames. I had to make sure there was enough contrast in the scene, better yet, a scene which had at least 3 very distinctive tones. And for an untrained eye in film, these were hard to spot. Plus, in my head, I was always trying to convert what I saw in colour to black and white before pressing the shutter and that was a little hard. 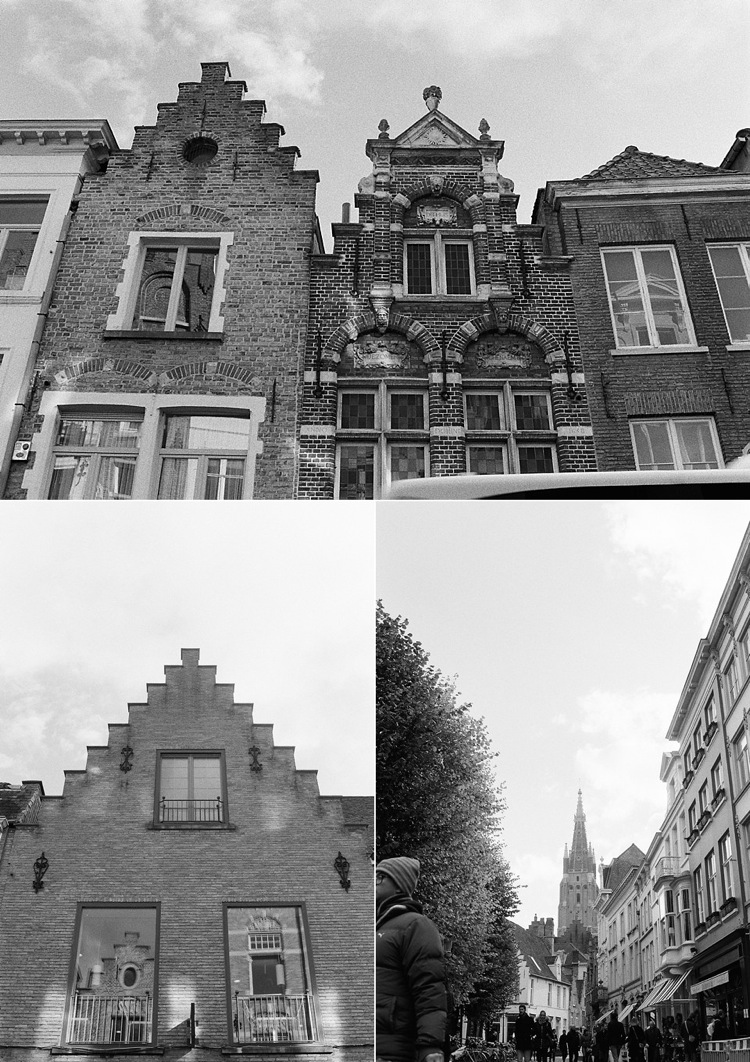 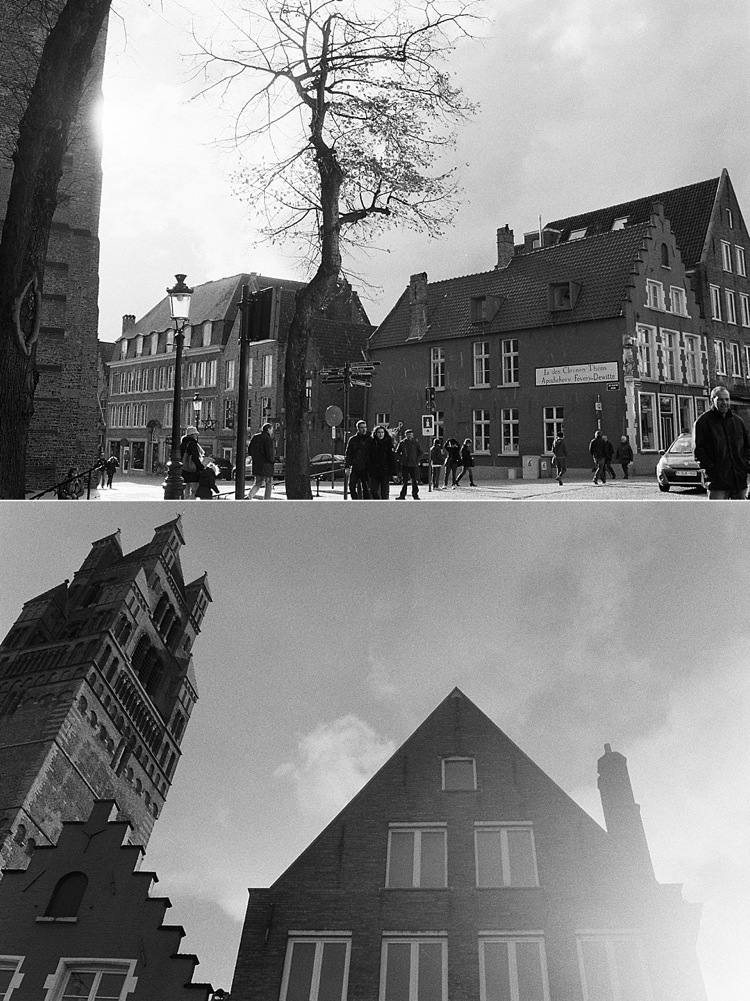 Bruges’s architecture is fascinating and mirrors its cobbled streets, so rich in character. It’s like walking back in time; the houses and buildings have seen so much change, so much history.

These ones below were taken in Brussels on the train {where I managed to shoot 2 black frames}. Again, no edits apart from straightening horizons. 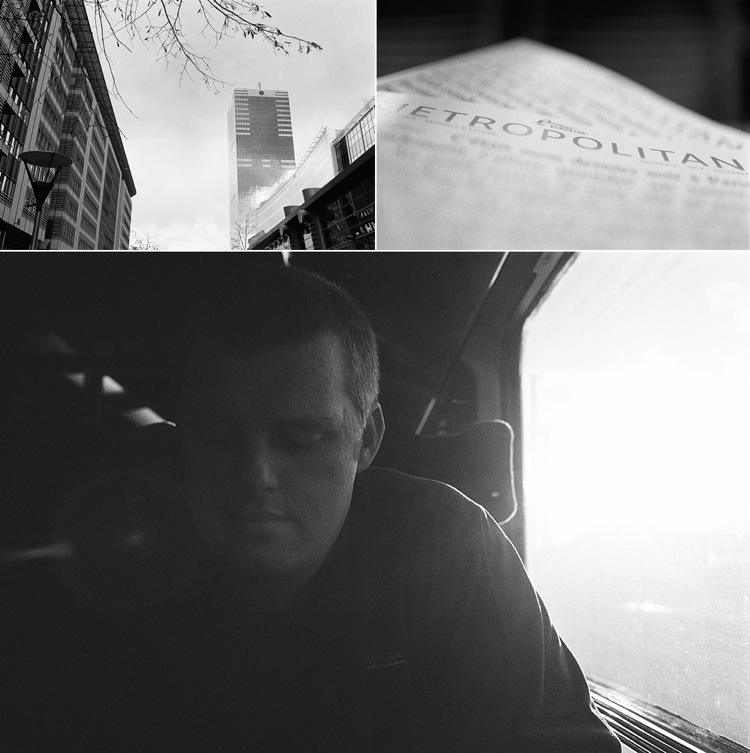 The photo of me was taken by D. 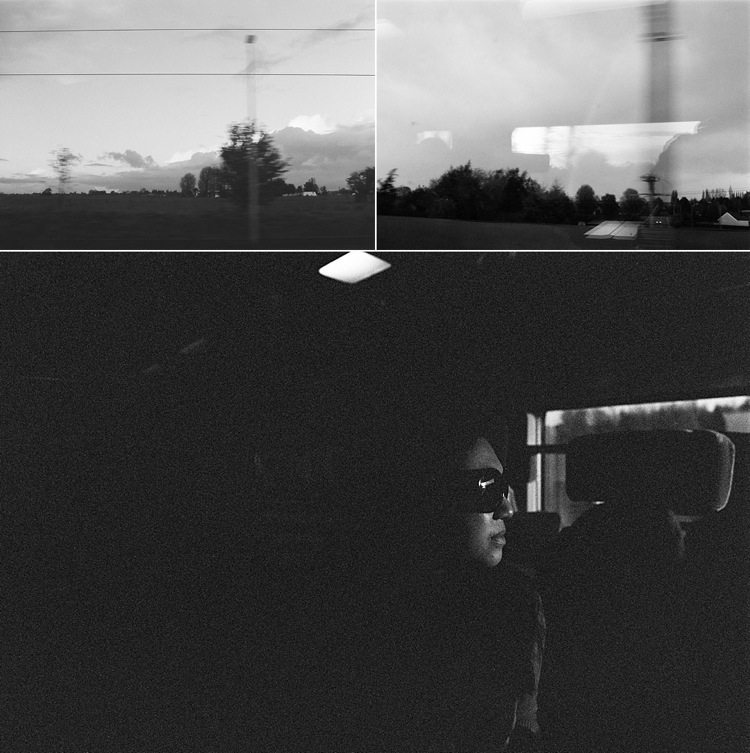